10 Jul THE MURAL OF THE CENTURY

Posted at 12:53h in Uncategorized by traver_admin 0 Comments
0 Likes
Share 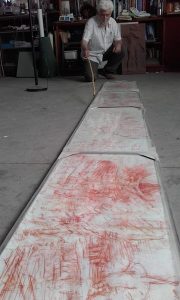 I cherish the project a long time ago: a big mural painting based on the most representative images of History that I have lived or, at least, attended. To do this, I have collected a lot of graphic material, I have done sketches as I show here and from the very beginning, I have a clear idea that I wanted to do.

However, the commissions of the paintings of the Provincial Council of Castellón (https://www.travercalzada.com/works-of-art-done/murals-of-the-provincial-council-of-castellon/?lang=en) which took me ten years, several religious paintings to the Basílica del Lledó, the hight altarpiece of Alalá de Xivert, the Chapel of the Communio of Cabanes, the Lord’s Supper to the church of Nules and finally the hight altarpiece of the co-cathedral of Castellón (https://www.travercalzada.com/works-of-art-done/high-altarpiece-of-the-co-cathedral-of-castellon/?lang=en) have been delaying this project for more than twenty years.

Meanwhile, things happened that would change the world: the irruption of terrorism, the

Wars of the Middle East, Arab Springs, the dreadful economic crisis and migration, populisms, and so on, enhanced to the infinite by the universal implementation of the Internet, the widespread use of the mobile phones and the bulldozer force of the mass media have accelerated the History, disrupting al the values, invalidating the original scheme of my project. The images that gave it structure, now they seem to me too much far and outdated, as dusty dockets that only interest to some bored researched or to the archival rats.

In Art, and in life in general, stirring to much the past leads to melancholy (if one is not a genius of the lost time as Marcel Proust, of course). My project, if finally, I do it, not only will be expanded to the future but also its language will be changed. People expect from the artist that they live constantly in a sort of razor’s edge, prepared to renounce all that they can do too well and accept the risks of the unknown.

Lastly, I contemplate the sketch doubting between get the ball rolling or maybe stop it definitively. I do not want to regret it too much, either. As the philosophe S. Pániker said, “regretting is to prefer the past”. All right; we open the eyes to the new. 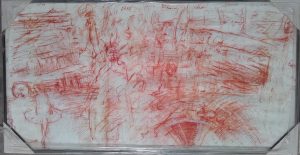 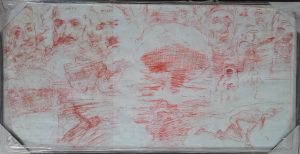 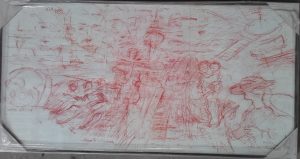 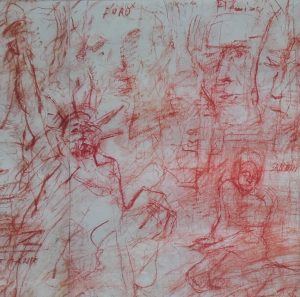 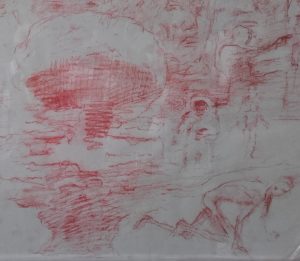