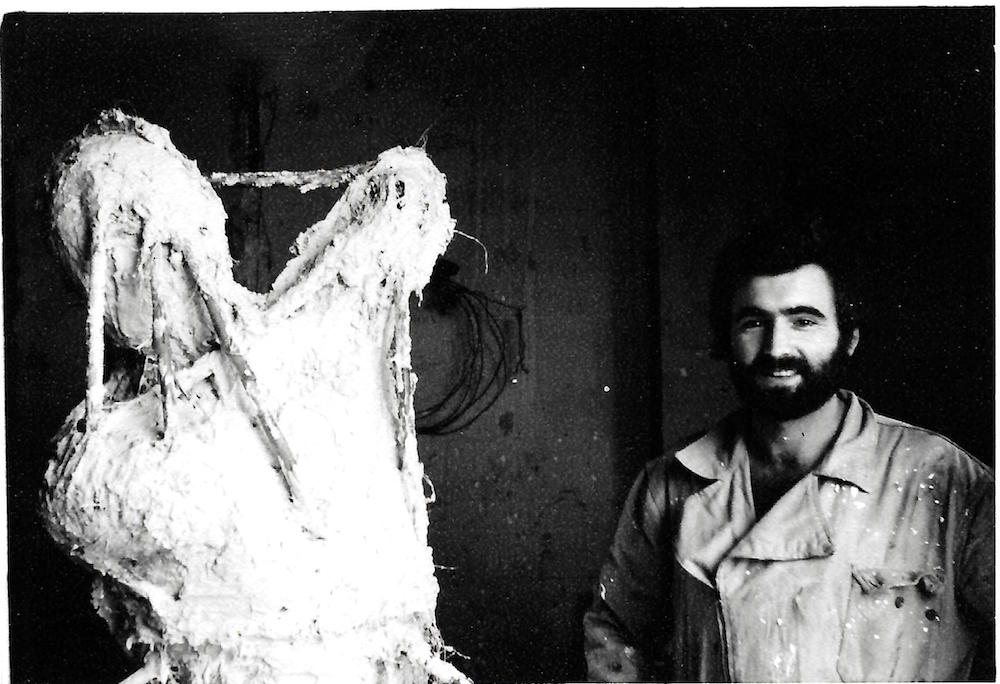 Posted at 10:51h in Uncategorized by traver_admin 0 Comments
0 Likes
Share

The fight is a 70s sculptura 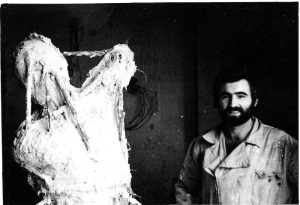 l group, made with the usual procedure: molding in clay, molds, printed in polyester, bronze and fibre glass, etc. The photographies that go with this words illustrate the phases of his execution. The amazing thing came after.
The following day to the inauguration (spotlights, authorities, azaleas planted around), as the sculptures were two naked men in the middle of a fight, one of them awoke mutilated, where you imagine.

As those where the times of the politic transition, it didn’t surprise me another anonymous intervention on the sculpture. One of the fighters, precisely the one that was shot down, raised his arm with the intention of counterattack, the clenched fist was crushed. Somebody would interpret this as an all too evident symbol of the left-wing and all that stuff.
I just let it go. As the years went by, new aggressions transformed the sculptures, in which holes, conveniently filled with soil, poppies and other beautiful plants flourished. My proposals of restoring them have never obtained an official answer. 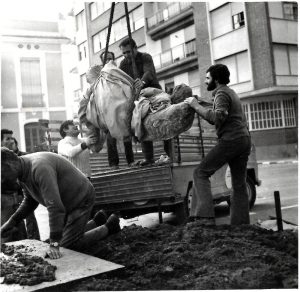 One day, the sculptures disappeared and in their place, a water source sprouted; I love the happy jingle of the water fountains, nostalgia of Andalusia, I suppose, and I prefer a thousand times an olive tree or a flowerbed to most of the art that decorate the roundabout and public squares…

Anyway: the fact is that I do not know where my Fight is. I publish here their photo in case somebody knows their whereabout. Curiously, other of my works of art, belonging to the municipal authority, in other words, to the people, have met the same fate. For instance, the project of the sculpture of the Cardinal Ttarancon, the sketches of the murals of the staircase of the ancient Town Hall, the composition Man-machine, which hung in one of the offices of the Town Hall, etc. Where have they fetched up?

Comes with the territory. 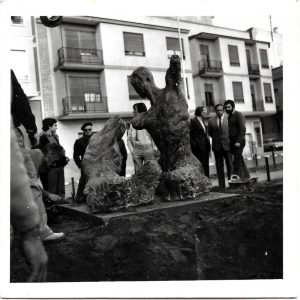